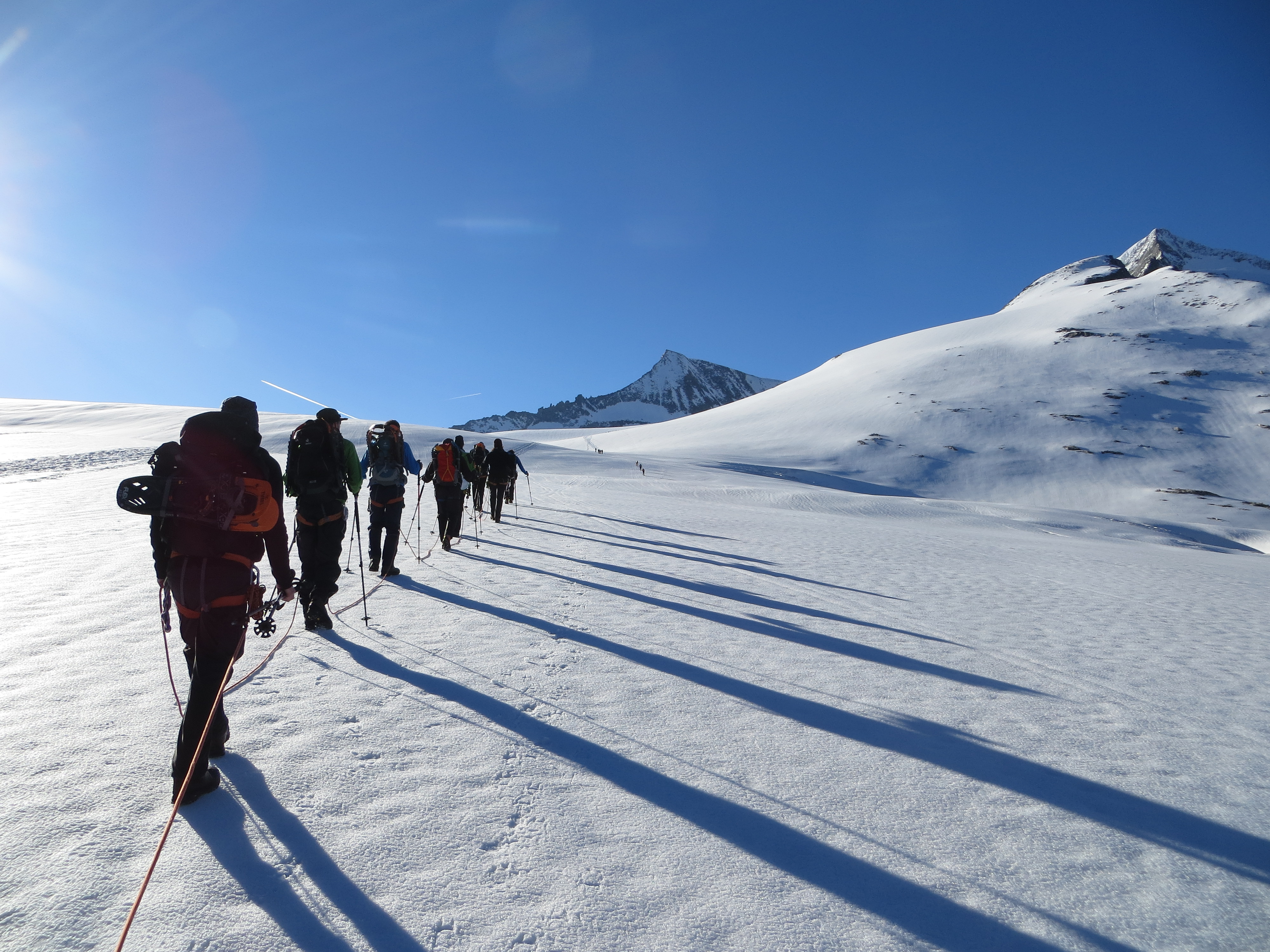 Christian (a long-time friend of mine) and I have set goal: we want to climb the highest peak of America. With 6,960m not one of the world’s highest and apparently also one of the easier peaks, but for us still an impressive task.
So we set out to climb a 4000m peak in the Alps to see if it’s something we are physically up to and if we actually enjoy it. On our only available weekend all we could get was a guided trip onto the Großvenediger, with 3664m the highest peak of Salzburg in Austria and well known for offering a technically easy ascent over a huge glacier field.
The schedule:
Day 1: an easy ascent of 600m up a hut at 2700m. Stressing overnight.
Day 2: leaving very early morning, summit climb and descent all the way back down to the car park

It felt like we didn’t sleep at all in the hut. We had watched Germany – Ghana until midnight and were still a bit nervous. Plus probably fairly excited about the hike the next day and the altitude did the rest. Still we felt pretty fresh when we started the climb at 5am under a prefect blue sky.  The first part led us over rocks and little snow patches. In time with the sunrise we reached the glacier field and connected us all with a security rope. From there on the ascent got really slow. Not due to difficult conditions, but due to one of our team members, a 60 year old guy from Frankfurt. It sounds mean, but he wasn’t up for the challenge at all. At about 3400m he started having cramps and couldn’t go any further up. Our guide was going to abort the whole thing but after we all showed him how disappointed we were, he decided to leave the old guy with his wife on the spot and the rest of the group raced up the peak. Unfortunately we didn’t have time to reach the highest summit, but the one we did was only 15m lower and we intensively enjoyed the beautiful view. The way down was easy, though painful for the knees.
Overall we felt like we should have tried something more difficult straight away, but it was still a great experience and we’re ready for more!