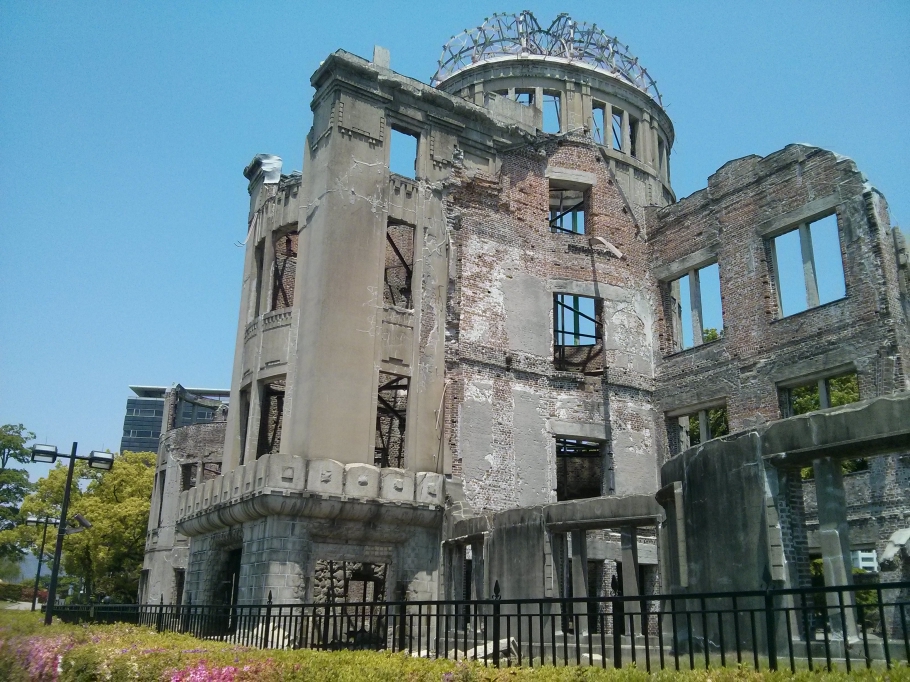 Visiting Hiroshima is a must, Dorit said. And I had to agree. Too significant history-wise, too important as a memorial for our vulnerable future. Yet from the very moment I stepped off the train it felt weird being there. Was I an intruder? Was I practising disaster tourism? I know it wasn’t me that dropped the bomb and it wasn’t my country either, but being a western tourist in this city, that had dealt with so much pain, made me feel bad nonetheless.

Close to the A-Dome we stumbled across one of the few remaining victims, that had written a book with extra information that he felt was missing in the museum (see his blog). It also explained that the even in Hiroshima the people did not have hateful feelings against the American occupying force after the war. There was too much guilt for their own aggression, paired with a quick post-war recovery and some clever American media politics.

Later that day we visited the well known Peace Memorial Museum. The internet guides had warned us, that it would ruin the rest of our day. We took 3 hours, read carefully through all the information. Maybe we were already filled up with information, but by the time we got the the stories of the many pupils that didn’t come home after the bomb drop, that died hours or days later in the aftermath, the many personal items on display, partially burned to ashes and melted away, all that didn’t strike me as much as I thought it would. And while the endless efforts of the city of Hiroshima against the harnessing of nuclear energy and for world peace are absolutely important and remarkable, it sometimes felt like the atomic bomb was presented as the only real
military threat we have these days.