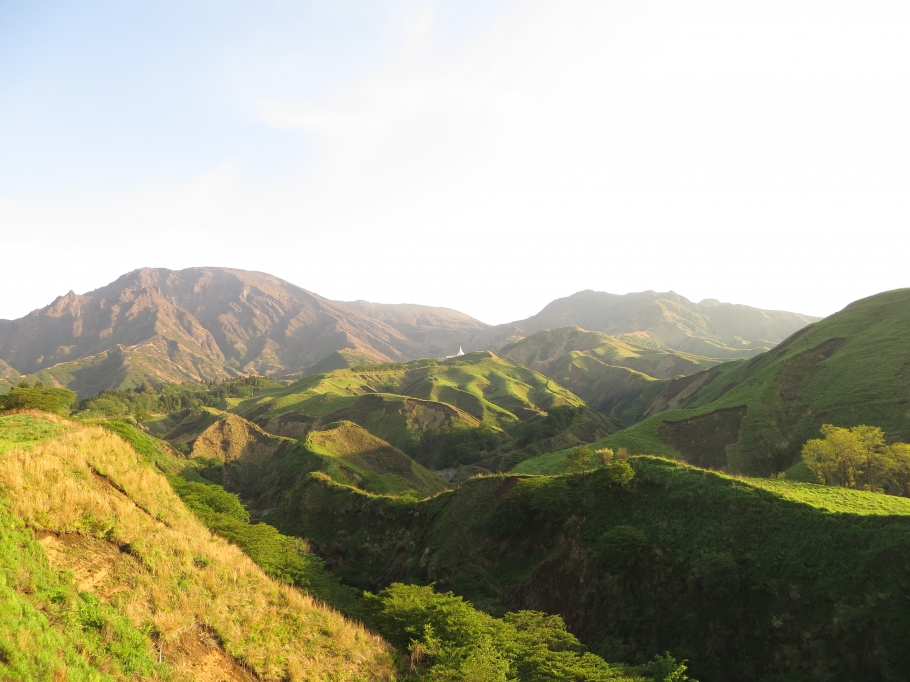 Aso San is probably Japan’s most famous active volcano. It sits inside a huge ancient caldera, that has been inhabited and cultivated for thousands of years, due to its highly fertile soils. At the footsteps of this mountain lies the village Aso with several pretty temples, but the main attraction here is the volcano itself, smoking and steaming non-stop with poisonous gases. A road leads all the way up to the crater, though part of it is often closed when the wind blows the gases towards the visitors. Nonetheless the place is usually bursting with people, given the little physical effort needed to get a glimpse of the bottom of the crater. Needless to say that Dorit and I tried to avoid the crowds as much as we could. We started our tour over the green Mount Kijima, then walked to the crater and followed a path south of it through black desert like plains and along the ridge to Mount Takadake and then back all the way down to Aso village. It was a long, tiring day, but the spectacular view made well up for it.