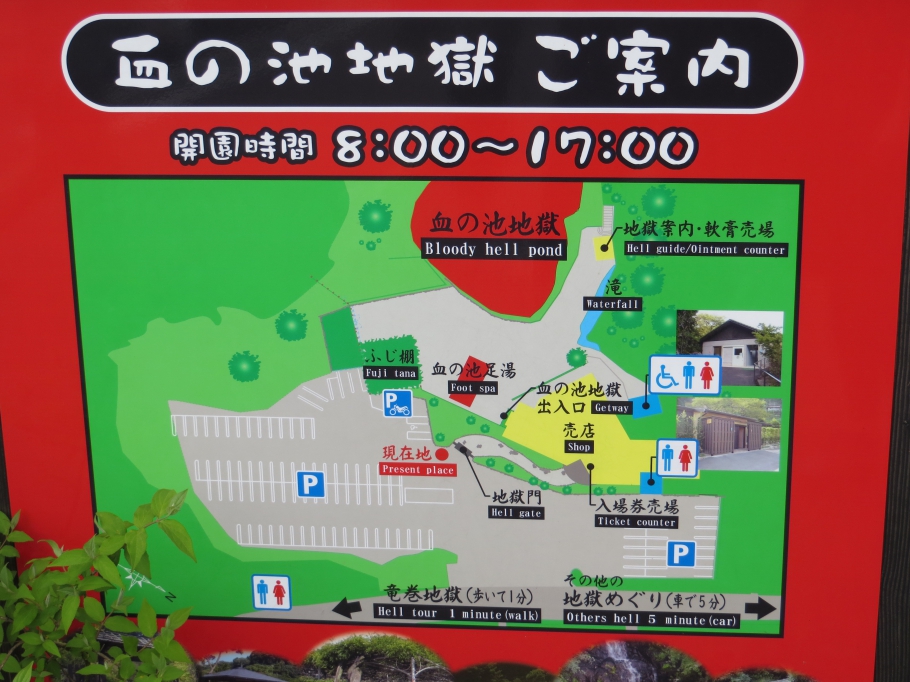 In Japanese terms Beppu is a rather small town, but it’s known nation-wide for the thermal water that powers the uncountable spas spread out all across the town. Beside the spas, there are 8 hot water ponds that most tourists go to see. The colour of the water varies a lot and some look pretty nasty, thus they are called hells in Japanese. We went to see two of them. First a geyser that shoots out water every 30 minutes. There are many families that wait up to 20 minutes to see the geyser in action, but once the water starts shooting out of the ground the parents have to run straight to the toilet with their young kids. Floating water and all that. Lots of it, actually. The second hell we saw is called blood hell pond due to it’s orange-red colour. Or also bloody hell pond as written on some of the signs. Sort of funny we thought.