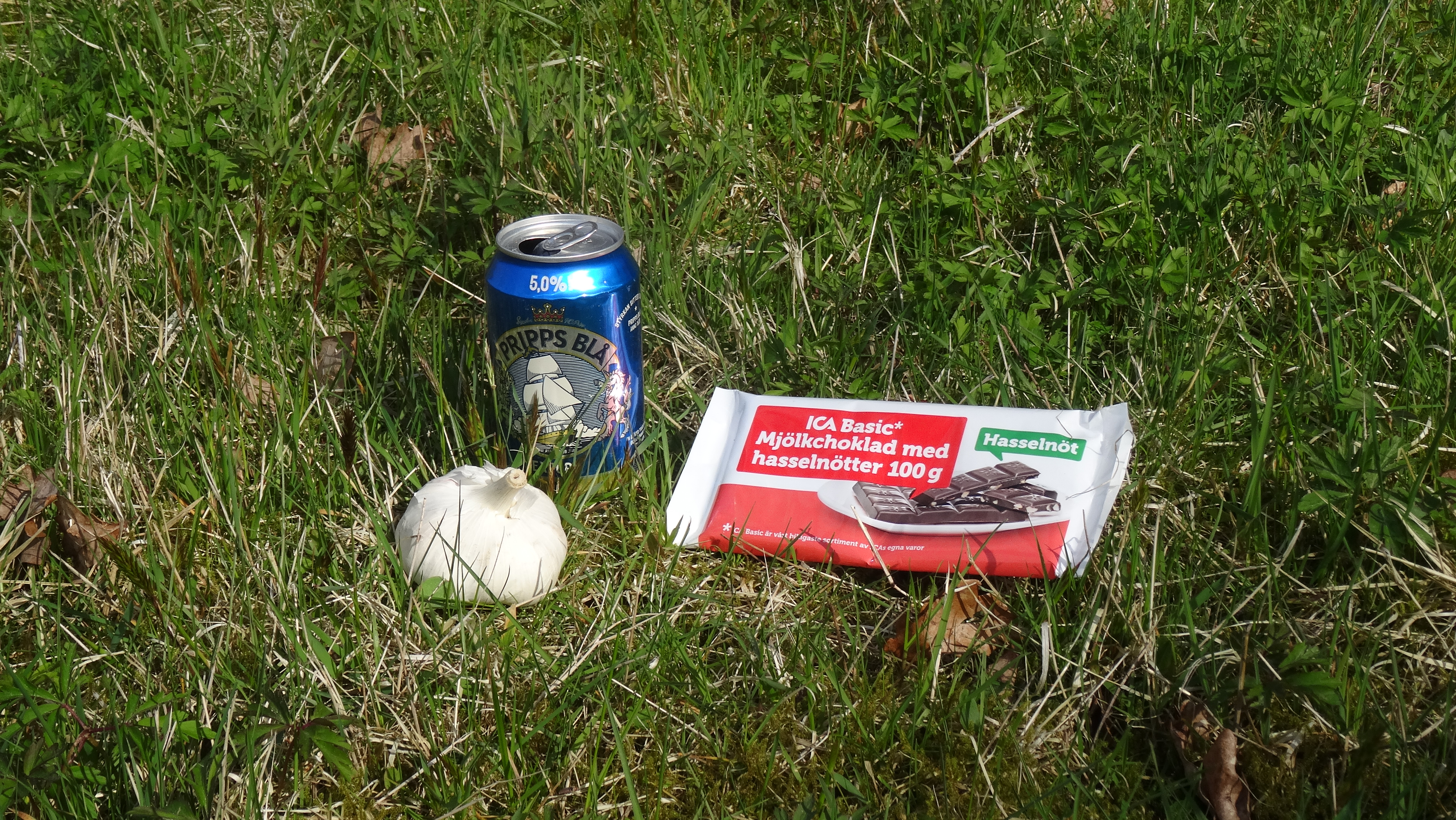 Out of Gothenburg, southern winds were blowing strong, pushing us away from the busy city back into the beloved countryside. With these tailwinds an easy day lay in front of us and much earlier than expected we reached our target of 80 km. So we decided to do a little more and eventually came onto a fairly busy road. A lot of rubbish was lying to the sides and we soon noticed that there were returnable cans as well, each worth 1 Swedish kroner. We quickly did the math and came to the conclusion that 5 of those cans would pay for 100 g of chocolate… CHOCOLATE!!! This incredibly tasty,  sweet, creamy stuff, the best dreams are filled with it and especially those of exhausted long-distance cyclists. So we decided to stop at the side of the road whenever we spotted a can and picked it up. Unfortunately only half of them were actually returnable, but we took the other ones as well to do some good. Soon we had rubbish worth 10 kroner, stopped by at the next supermarket and exchanged it against 100 g of chocolate and a garlic bulb.
Today’s expenses per person: €2.26.
What’s quite extraordinary: I even found a closed can of beer next to the road. 0.5 litres of Fem Komma Tvaan aka 5.2. Expiry date somewhat 2016. Can’t beat that, can you? Being paid one kroner for drinking a beer? Cheers.

1 thought on “Chocolate for Cans”