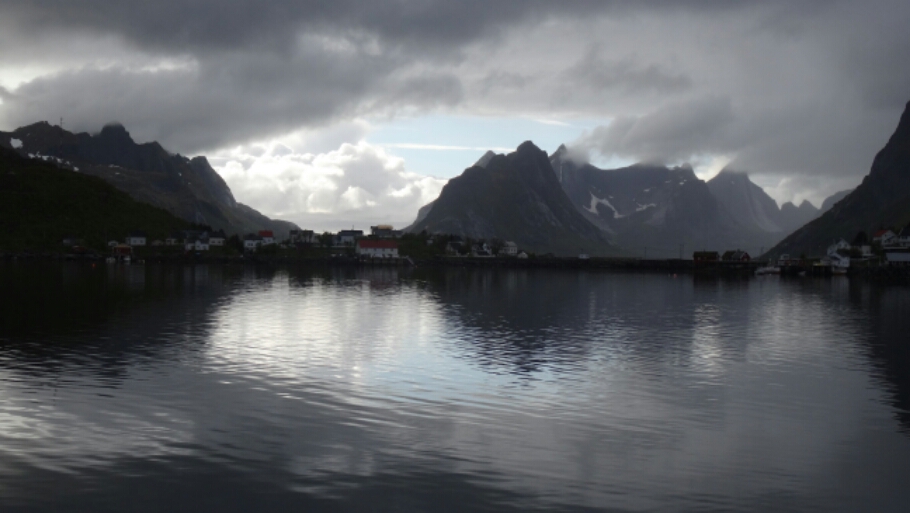 Two drops of water are dancing in front of my eyes, from left to right and back, linked to the rhythm of my legs going up and down. I have tried to shake them off so many times today but they keep coming back. They are teasing me, hanging from the upper edge of my rain jacket’s hood, growing and growing and eventually growing too big and dropping down. But only a second later the drops are back as if they had never left.
It has been raining constantly today while we cycled 86 kilometres to Alta. A light rain mostly at a temperature of about 10°C. Good cycling weather as Simon would put it and I agree that it hasn’t been that hard today. And indeed, we have advanced quickly.
At a rest area we met an Australian couple today who invited us to tea, bread and egg. They had a foldable tandem bicycle in the back of their rental car and so we had many stories to share. During their Europe holiday they had decided to do Norway by car and to continue to cycle in other countries afterwards in more pleasant conditions. “Wow”, the Australian guy said, “you’re up for a challenge here!”, hinting at the cold and the rain. And he’s right, it has been a challenge. One that I didn’t expect and didn’t ask for. But now that we got closer and closer to the North Cape I have happily accepted it.
Three days to go.