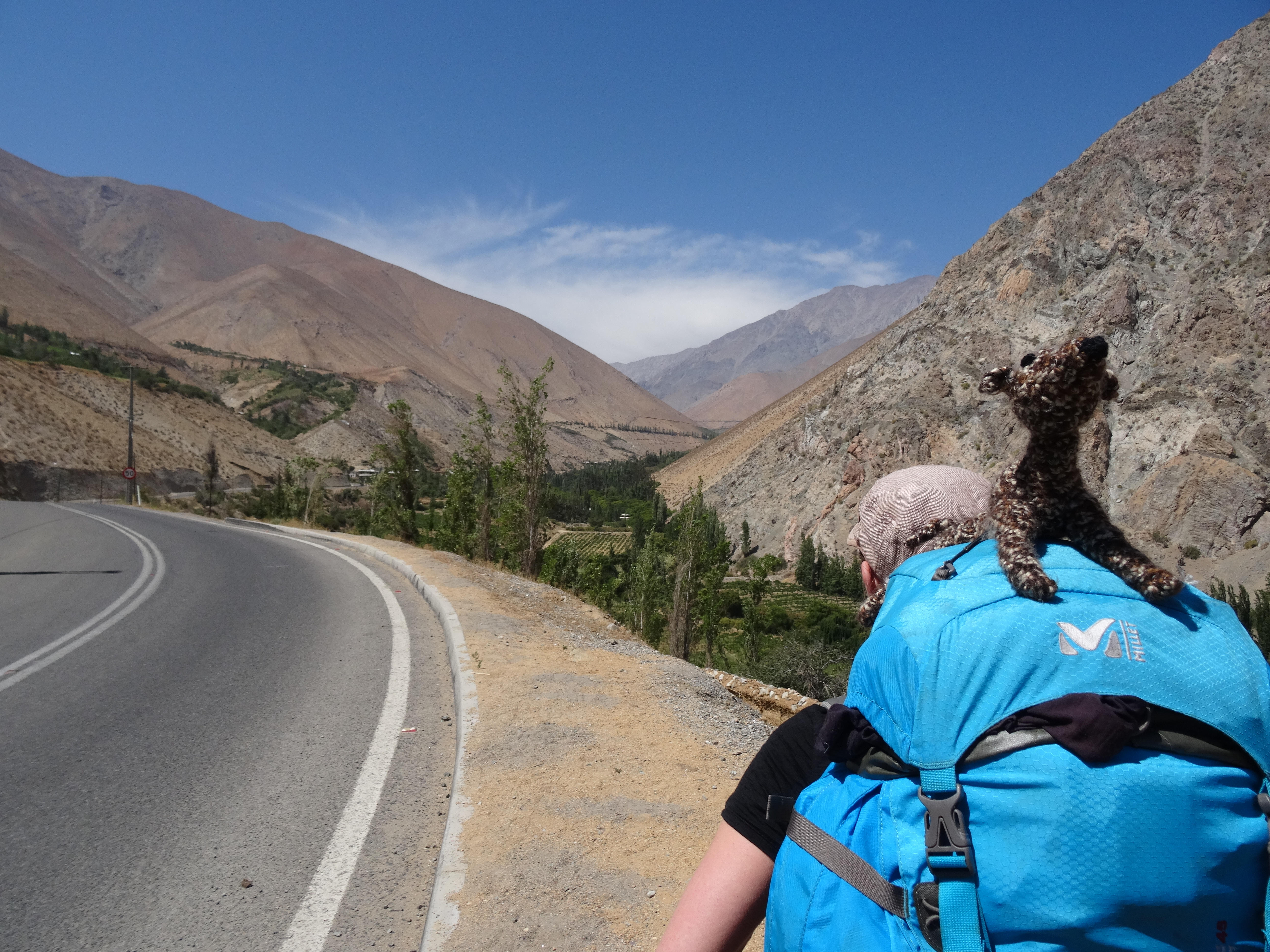 In one of the far ends of the Elqui valley, we ran into a little handicraft market. With all the weight of the backpacks on our shoulders, we were so sure that we wouldn’t buy anything at all. And so we browsed the many arty stalls, resisted finely crafted souvenirs, pottery, jewellery, woven dreamcatchers… and then we saw him. Nicely set up on the side of one of the stalls, in between Sponge Bob, Mario and the Android mascot – a hand-knitted, slightly malformed, little brown dog, with dark loyal eyes and a stubby tail. We hesitated for a little while, but then we had to accept our new companion. He had found us and we had found him.
Later we’d call him Pisco Gonzales, as a reference to his Chilean roots and to the valley where we had rescued him from (Pisco is the liquor distilled everywhere in the Elqui valley). So from now on you will find Pisco on many of our travel photos, he’s part of our crew.
And if someone thinks that he’s an adaptation of the Simpsons dog “Santa’s Little Helper”, then you might be right. But for us he’s Pisco Gonzales, the malformed dog from the Elqui valley.