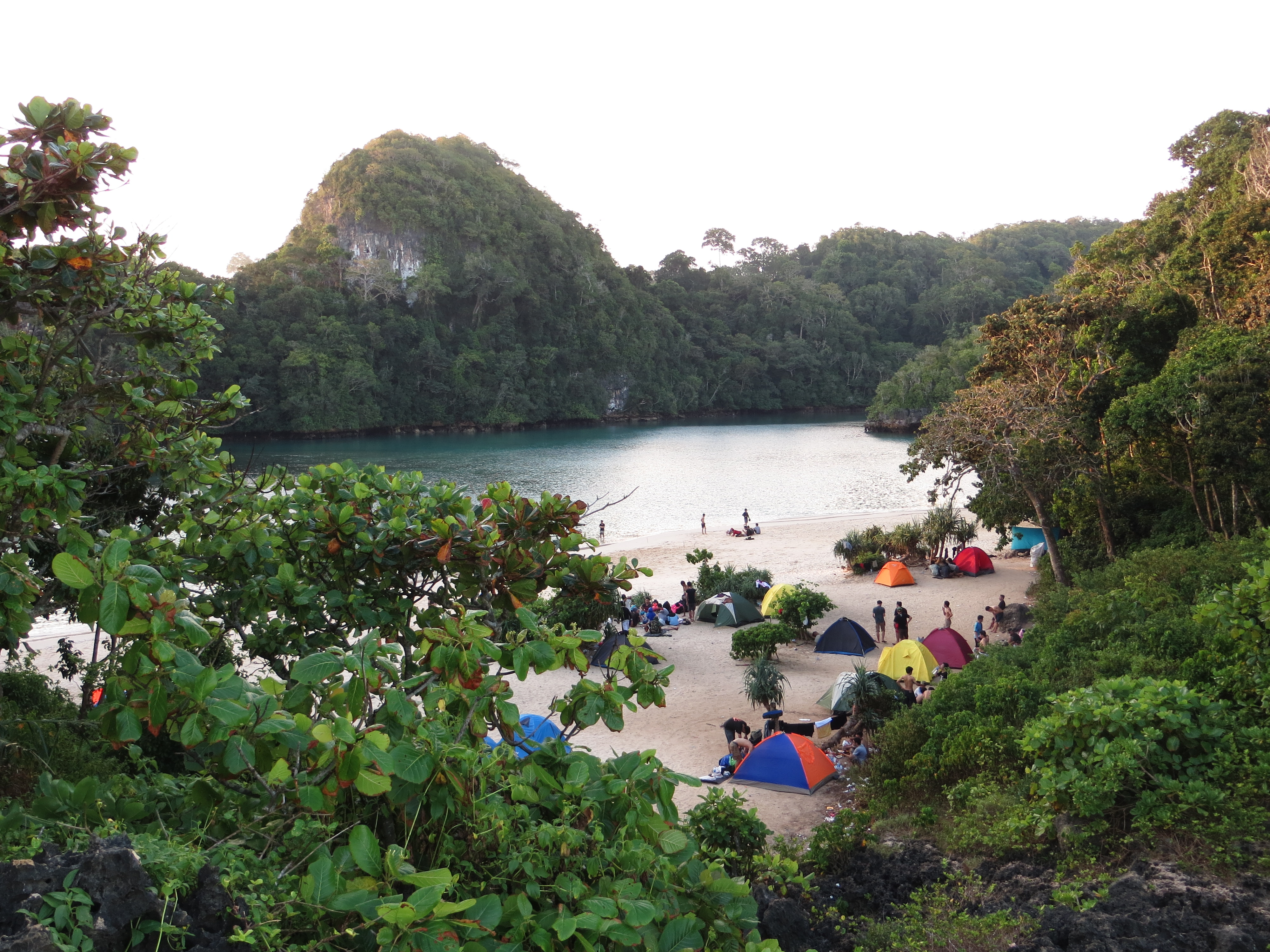 A little secret spot on an island just off the coast south of Malang. Well probably not that secret anymore, at least to the Javanese people, as the main attraction was actually a bit crowded. But that’s for a reason: it feels like paradise. It’s a lagoon divided from the rough sea only by a thin wall of rocks. This wall has a whole at one place and allows only the highest waves to enter the lagoon and to bring some fresh water into it. Depending on the tides, the lagoon is fairly shallow, but swimming is possible. Next to it there’s a beach where people put up their tents and then the jungle with a few monkeys that pick up what’s left by the visitors. There’s also a little cliff that you can climb onto and watch the waves crashing onto the rocks. Eventually one of the waves got a little too big, knocked over a few people and flooded several tents. So make sure to put your tent away from the cliff.

The place is magical. And it would have been even better with less people, so make sure to get your timing right, outside the student holidays. Also we were forced to take a guide that was with us all the time. If you have a gps and respect the power of the waves, then you certainly don’t need one. But first you need to convince the national park authorities that you’ve been there before and that you’re capable of going there on your own, in Indonesian of course.