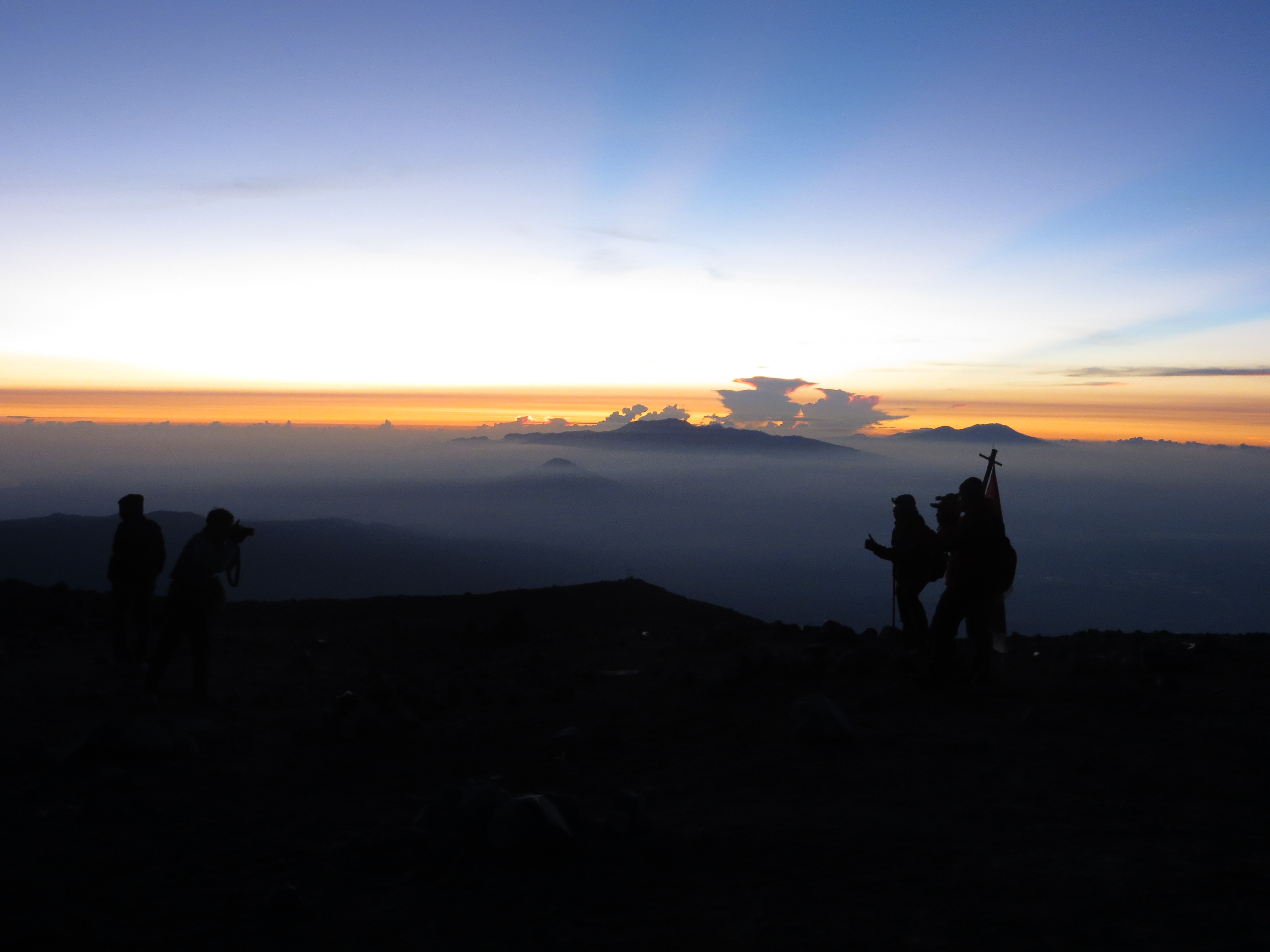 Mount Bromo with the view over Mount Semeru is one of the biggest attractions of Java. Every morning bus-loads of tourists get dropped off at the viewing platforms just before sunrise, everybody takes a few hundred photos of the two volcanoes and then get taken back down. The more adventurous of those continue and climb up to the small Bromo crater, but still, that didn’t seem like the right thing for us. So we decided to climb up to the top of Mount Semeru instead, with 3676 metres the highest peak of Java and at the same time one of the island’s most active volcanoes.

The preparation seemed a bit tricky, as there wasn’t much available on the internet. Luckily the BnB we stayed at just before driving up knew everything we needed to know and helped us with things like the required health certificate. We started the trek at Ranupani, the last village before Mount Semeru, easily reachable by car or motorbike. Once we arrived there and bought our national park ticket, we realised that there were quite a lot of people, too. Later we found out that it was the student holiday period and that the ascent had become pretty popular with them. But in the end that didn’t bother us that much.

Ranupani lies at 2300m and from there one it was a constant up and down through some very beautiful sceneries. Towards the evening we reached the base camp at 2700m and due to the amount of people camping there we decided to put our tent a bit higher at 3000m. Luckily we were the only ones there. We arrived at sunset which is around 6pm in Indonesia and tried to get some sleep pretty soon. The idea was to start walking at 1.30am and reach the summit before sunrise. I don’t think I got a full hour of sleep though. It was too early to sleep, we were pretty excited and the thin air did the rest.
And then at 11pm the first mountaineers came by, gasping passed our tent and talking a lot. “11pm?” we wondered, they were a bit early. And from then on sleeping wasn’t possible as many more came walking by, but we still didn’t get up before 1am.

It was pitch black, but as we reached the treeline we could see the path to the top of the volcano just by the headlamps of all the people. So we joined in and started overtaking one after another. It seemed pretty hard for almost everybody, they were having a break after every two or three steps. Many were sitting on the side of the track, smoking and staring into the dark. And indeed it wasn’t the easiest ascent as we walked over loose gravel and lots of volcano ash. But it felt nice overtaking everybody and so we raced up and arrived as person number three and four at the summit (show-off). Problem was, that it was way too early and so we were standing on the summit, shivering in the cold, watching the city lights in the valley and hoping for an early sunrise.

Then suddenly the volcano erupted with a lot of noise and as it was still dark, we could see a few sprinkles of red lava flying out of the crater. We were deeply impressed! As the sunrise started, a few more people had made it to the top and everybody started taking pictures of the breath-taking views. We could see some camera flashes from the Mount Bromo viewing platform many, many kilometres away. They were taking photos of us and vice versa. Later the volcano erupted a few more times and huge ash clouds rose up to the sky. We enjoyed the spectacle and stayed until 7am before climbing back down. On the way back to Ranupani we had glorious sunshine and kept turning around to see the huge volcano we had just been on.