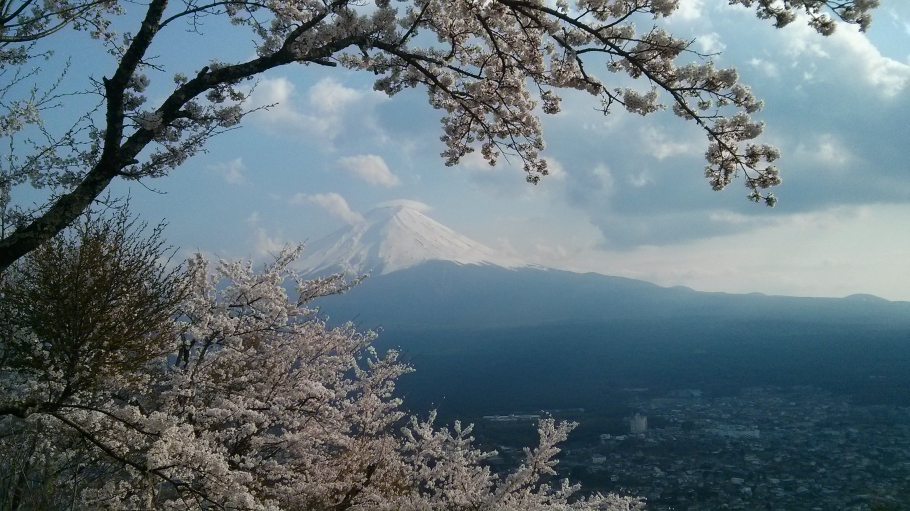 What would a first time Japan visit be without seeing Fuji-San? Yes, we had to go there, but since the Fuji was still covered with a thick layer of snow at this time of the year, we did not climb it, but chose a one day hike nearby (Mt. Mitutouge) with a nice view on the Fuji-San. And lucky as we were and against the odds the Fuji actually revealed itself in the late afternoon and allowed some very typical Fuji slash cherry blossom photos.